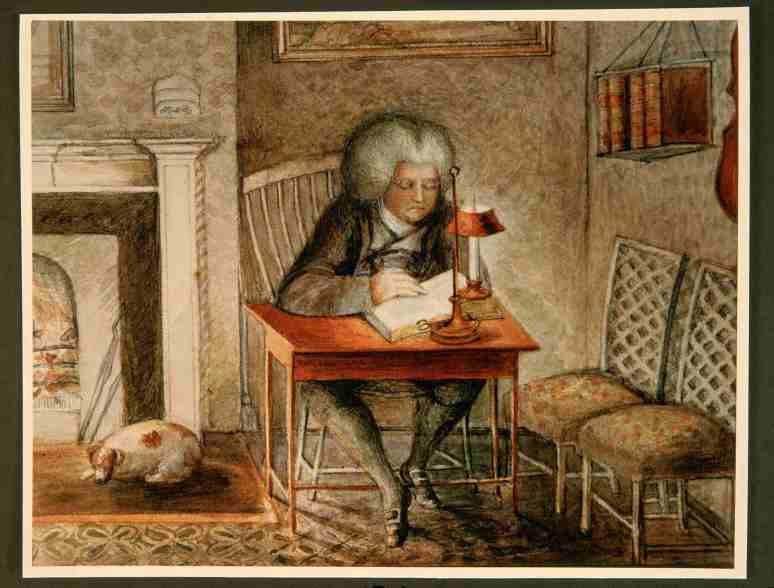 Rev William Chichester was rector of Clonmany and the picture seen here shows him in his study at Dresden, Clonmany. (The picture has been supplied from the estate of Lord O’Neill of Shanes’s Castle, Co. Antrim) His son Edward also became a rector and served in Cloncha and Culdaff. While resident at Clonmany, Edward corresponded on a regular basis with his uncle, Lieut. Gen. Hart of Kilderry, Muff. His letters were written from his home at Dresden which was situated close to the Protestant church at Straid. Only a handful of stones mark the site of the old rectory at Dresden which was the social hub of the parish of Clonmany. Edward’s letters, known as the Dresden Letter, have recently come to light and throw an interesting searchlight into life in Inishowen from the 1790s. The letters document not only the minutiae of Rev. William Chichester’s illnesses and final painful hours, but also convey the tension filled atmosphere of Donegal as it braced itself for a French invasion. Events in the remotest corners of the Empire also merited attention. The first of the Dresden Letters will be published here shortly.

0 Replies to “The Dresden Letters, Clonmany – 1”