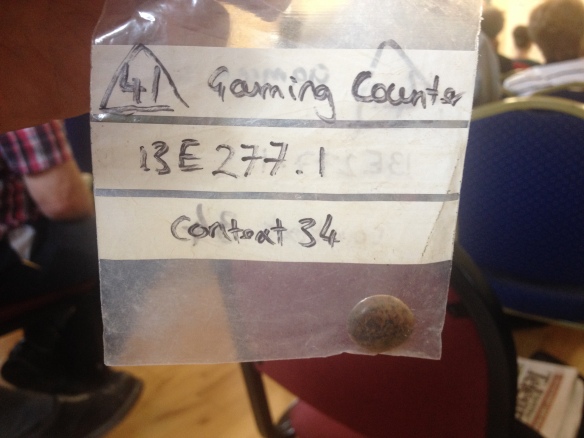 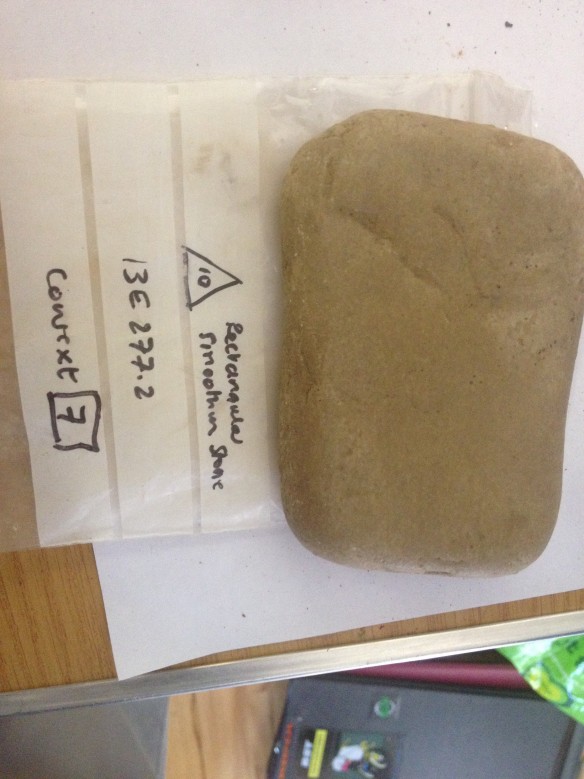 The last week end in August brought a host of archaeological experts to Inishowen where  a series of topics were discussed. A number of artefacts discovered on recent digs in Inishowen, mainly Carrowmore are on view here: gaming counters, smoothing stones for cleaning vellum (?), bog ore etc. A full report on the weekend will be published later by the Bernician Studies group.

During the week, further work will be undertaken at Cooley and Crockaughrim, a traditional meeting site during the Land War and the Celtic revival which is also of archaeological interest. Brian Lacey attracted 105 people to his talk on Friday evening. His map of c. 500 AD showed that Donegal was a collection of 10 warring kingdoms. In the following centuries, the expansion of the Cenel Eoghain across Lough Foyle was impressive. Caimin O’Brien spoke about the work of the archaeological survey. Paddy Gleeson (NUIG) lectured on kings of Inishowen and beyond. Anouk Busset (University of Glasgow and University of Lausanne) described her research on monuments in Inishowen, and north west Europe.

Richard Tipping of University of Stirling, a scientist rather than an archaeologist or historian, illustrated his exploration of pollen along river estuaries in the peninsula and the impact of human interaction. Hermann Moisi of University of Newcastle, spoke about the development of the church at Carndonagh. The first recorded reference to a church at Carndonagh is in the Book of Armagh in 807 AD. He explained how Carndonagh came under the patronage of Armagh as the latter staked its claim to pre-eminence over the northern federation of holy places. Cormac McSparron of QUB described recent digs at Elagh which have resulted in the site being upgraded to one of major importance in early medieval history. The co-ordinators and originators of the project, Max Adams and Colm O’Brien gave a detailed review on surveys undertaken to date at Cooley, Carrowmore and Cloncha. Martin Farren drew proceedings to a close. Minister Joe McHugh also addressed the audience. Members of the study group were at hand on Sunday at the main sites to direct visitors.

The Heritage Council funded the event and the McCord Centre in University of Newcastle also provided funding. Lough Foyle Ferry were among other sponsors. Thanks to William McCorkell and the church committee for use of the fine hall, to Neal McGrory for sound, IDP and Moville Hall for their projectors, Cressida Canavan and Cosy Cottage for catering and members of the Bernician group for all their help. (Apologies to anyone excluded)